Pete Townshend, The Who's guitarist, has said that he used to go to bed on tour with two things: '...a cognac bottle and a Dr. Martens boot.' This almost peculiar personal affection for the boot is not exclusive to Townshend.

The Import House always knew Doc Martens would call it a come back! They are a classic shoe for the counter culture club (our favorite kind of customer) with the original design brought about by the Griggs family of Northampton in the English Midlands. They eventually joined forces with a German duo looking for overseas partners for their revolutionary new air-cushioned sole.

Munich-based Dr. Maertens and his university friend Dr. Funck were also different. Inventors, mavericks, free-thinkers, ditto. In response to a foot injury on a skiing trip, they'd invented an air-cushioned sole and were looking for like-minded innovators. Griggs contacted Dr. Maertens, a name was anglicized, a plan hatched and a legend born on April 1st, 1960.

The inventors of the Dr. Martens air-cushioned sole; the Griggs family; every youth subculture that has ever existed – they all have one common denominator, a primal urge to be different. Modern youth culture is now unrecognisable from the 1950s – in some ways from the 1990s even – and yet the next chapters of the history books will be written by exactly the same kind of personalities who penned the memoirs of the first fifty years of subculture. Namely people who want to be individuals, who want to be expressive, rebellious, free-thinking … different. That word again.

Express yourself in a pair of Docs and march on in the revolution! 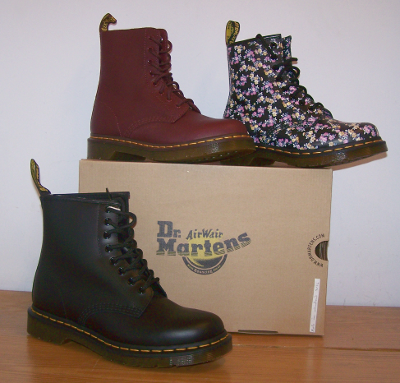